An update from KinoSol: Sending 1,000 food dehydrators to Africa

An update from KinoSol, a former CYstarters’ team (2016 program)

KinoSol, with the support of those possessing a drive to increase
food security, is equipping people in eastern Africa with solar-powered food dehydrators.
From June 1 through August 31, KinoSol will be raising funds to send 1,000 Orendas to Africa
later this year.  Each Orenda can impact families of six directly, and even more through the
small-scale farmers’ sale of the dehydrated outputs.  That is 6,000+ people whose lives are
being positively impacted by this campaign. 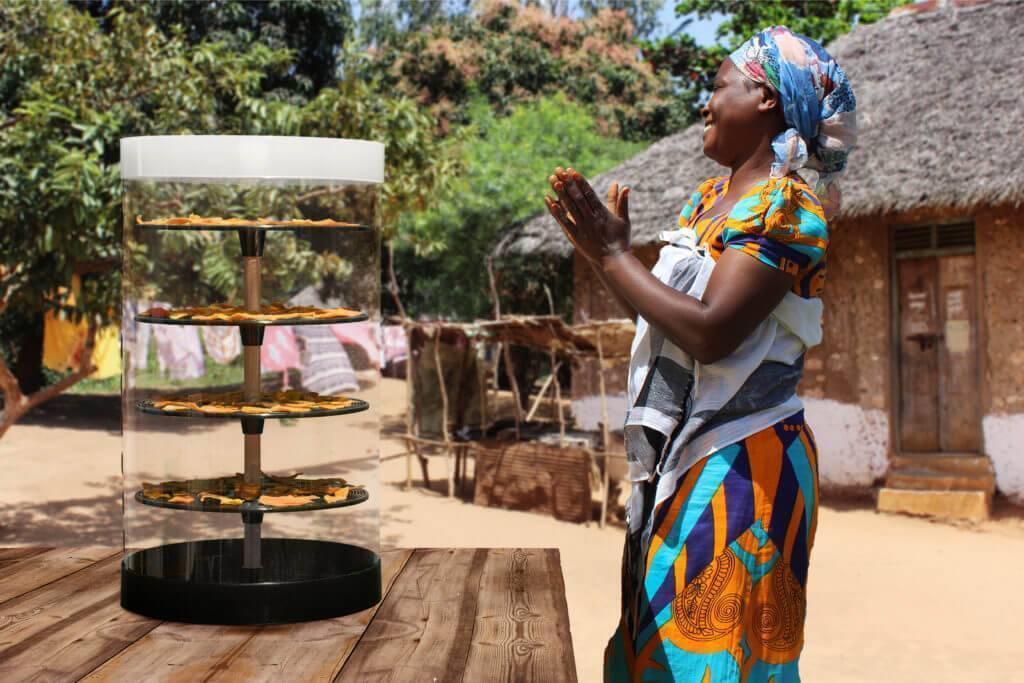 A solar food dehydrator from KinoSol empowers families with an income-generating tool,
increasing family income by approximately 15% annually.  Families also receive 36,000 more
calories each year because the dehydrated food allows them to have access to nutrition year
round.  These food dehydrators also save up to 950 kilograms of food from being wasted in each household throughout a given year.

You can join KinoSol in empowering 6,000 people through the Feed the Six campaign at
www.feedthesix.org or by mailing a check to 5326 Schubert Street, Ames, Iowa 50014.
Donations start at as little as $13.  As of week 2 of the campaign, 200 lives have been impacted.

About KinoSol
KinoSol’s team is comprised of Iowa State University students and alums.  Its mission is to end
food waste, sustainably.  KinoSol launched in September 2014, and began delivering its first
product to regions worldwide in January 2017.  KinoSol’s first product is the Orenda, a
solar-powered food dehydrator with a storage component, designed to help families in
developing regions to preserve additional food and nutrients.